This week we have an update on two volunteers who are the the driving force behind the Haiti School Project. BRUTE LABS has partnered with these volunteers to raise $110,000 towards building a new school for an impoverished Haitian community.

In November of 2010, a Planet Money podcast from NPR was heard by thousands of people, but only a handful stepped forward to take action. The podcast was about a Haitian community in desperate need of a solid plan to build a school for its children. Last week, I spoke with Tim Myers and Fred Ireland about what happened then, what’s happening now, and what happens next.

Tim Myers was a Project Manager for a construction company in Aspen for 20 years, and has a BS in Agriculture and Soil Science from Ohio State University. He also has a long history of volunteerism and education in the Aspen area, which he’s called home for 30 years. “I believe in education, science and math,” Tim says, and he backs it up with his record of teaching the Math Counts and Destination Imagination programs in local schools for ten years.

Even with his education volunteerism, after retiring from construction 6 years ago, Tim quickly realized he needed something else. After hearing the Planet Money podcast, he thought to himself, “this can’t be too difficult” and sent an email the following evening. Adam Davidson from NPR called Tim back the next day, and pretty soon Tim was on a plane to Haiti, set to volunteer with All Hands.

He arrived in late January, and spent his first week removing rubble from collapsed homes. His second week was spent at the site of the school in l’Artibonite, meeting with the principal and measuring the foundation. During week three, Tim volunteered at an orphanage in Port au Prince. The experiences during these three weeks were eye-opening for Tim in many ways, especially regarding what to avoid while constructing the new school. 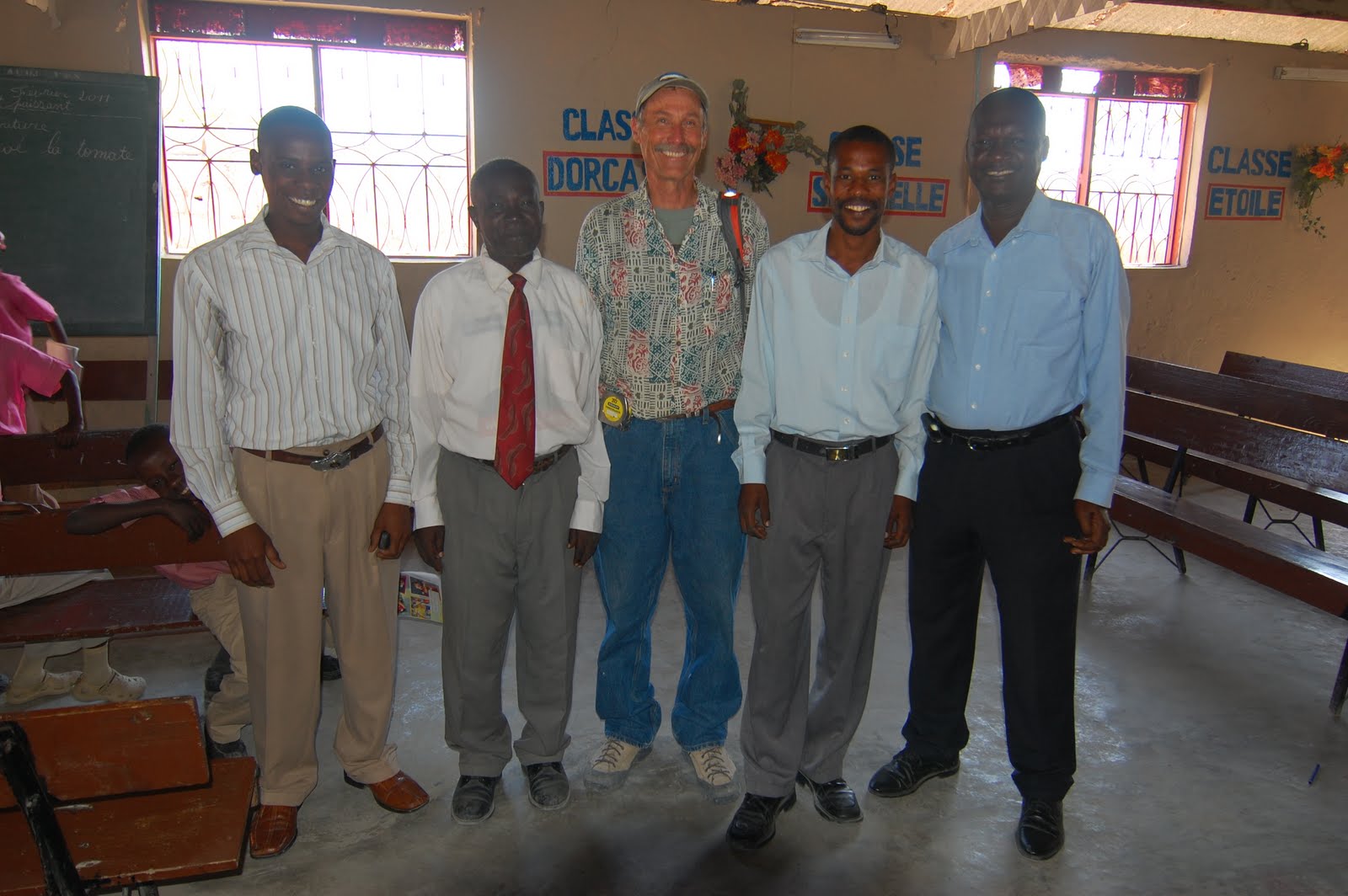 Many buildings in Haiti are constructed in a way that saves money, and skimps on cement while mixing the concrete. Dirty sand and water are also frequently used, and all of these things greatly compromise the structural integrity of buildings throughout the country. Tim noted that “this is is one of the single most detrimental factors in why a lot of the buildings in Haiti went down.” A strong, secure foundation will be a top priority for the new school so it can withstand future disasters.
Tim wasn’t the only motivated good Samaritan who heard that podcast in November; Frederick Ireland was listening, too. Fred, who has his own Physical Therapy practice in North Carolina, says “it made me sad to think about these kids getting all pumped up about having a school, then having the rug pulled out from under them.” He wasn’t quite sure how he could be of use, but he knew he wanted to help and eventually synced up with Tim. So far, Fred has been spending a lot of time working on the non-construction side of things; everything from creating proposals, drawing up plans, doing research on the work that’s already been done in Haiti, and digging up information on accepting donations.

Each week, Fred and Tim have a conversation about the project status and divide tasks depending on areas of expertise and scheduling. Both men are heading to Haiti to visit the site in just a couple weeks. They agree that one of the biggest challenges the Haiti School Project faces is the logistics surrounding supplies. Things move much more slowly in Haiti, and often the hardware stores don’t stock basic bulk items. It can take 2-3 days to get a small truckload of building materials from Port au Prince. Materials also need to be guarded from theft on a 24/7 basis. And because the team will be trying to staff the building crew one hundred percent locally, another hurdle will be language. Translators are available, but sometimes the technical language of a building site doesn’t get conveyed perfectly.

Right now of course, the biggest roadblock to breaking ground is reaching the $110,000 fundraising goal. We’ve got a good start but have a long way to go, and every dollar counts. The entire Haiti School Project team is working tirelessly to spread the word and drum up donations. You can help by sharing this post, following us on Twitter and Facebook, and sending the donation link to friends and family: www.haitischoolproject.org.